And I'll eat my hat if this really happens...

Not much to say about all this lot...


10. Santigold - Master Of My Make-Believe


5. Future of the Left - The Plot Against Common Sense

I was thinking how I would frame my end of year list because so much has gone on with me this year that music almost seems like a footnote of a rather tumultuous year. I noted this concern to the always erudite Adam through twitter to which he responded "Let the list reflect the mess. No-one's got it all covered, and responses devoid of emotional angles (explicit or hinted at) are dishonest anyway." So here goes, excuse the self indulgence.

This has been a traumatic year for me for so many reasons and while I recognise what a position of privilege I have compared to many in the world, the hits have continued to come over and over again. As such, my normal music consumption was derailed while I dealt with the fall out of various dramas and I think that’s reflected in the music I’ve chosen this year. Had things gone more smoothly, I think this would have been a very different list. As usual with this list, I am listing the songs I’ve actually listened to a lot rather than narrowing down 'the best.' These are just songs I like and looking at the plethora of lists out there, little on mine corresponds with the outside world. But fuck all those fashionable wankers.

As such, I will share with you my top eleven songs to start with. Eleven you ask? It's eleven because in any year that Bob Mould releases a record, it is pretty much guaranteed it will be my favourite record of the year. I am a hopeless fanboy and if you don't believe me, here's a picture of the playlist  I made after the first single from Silver Age was released - 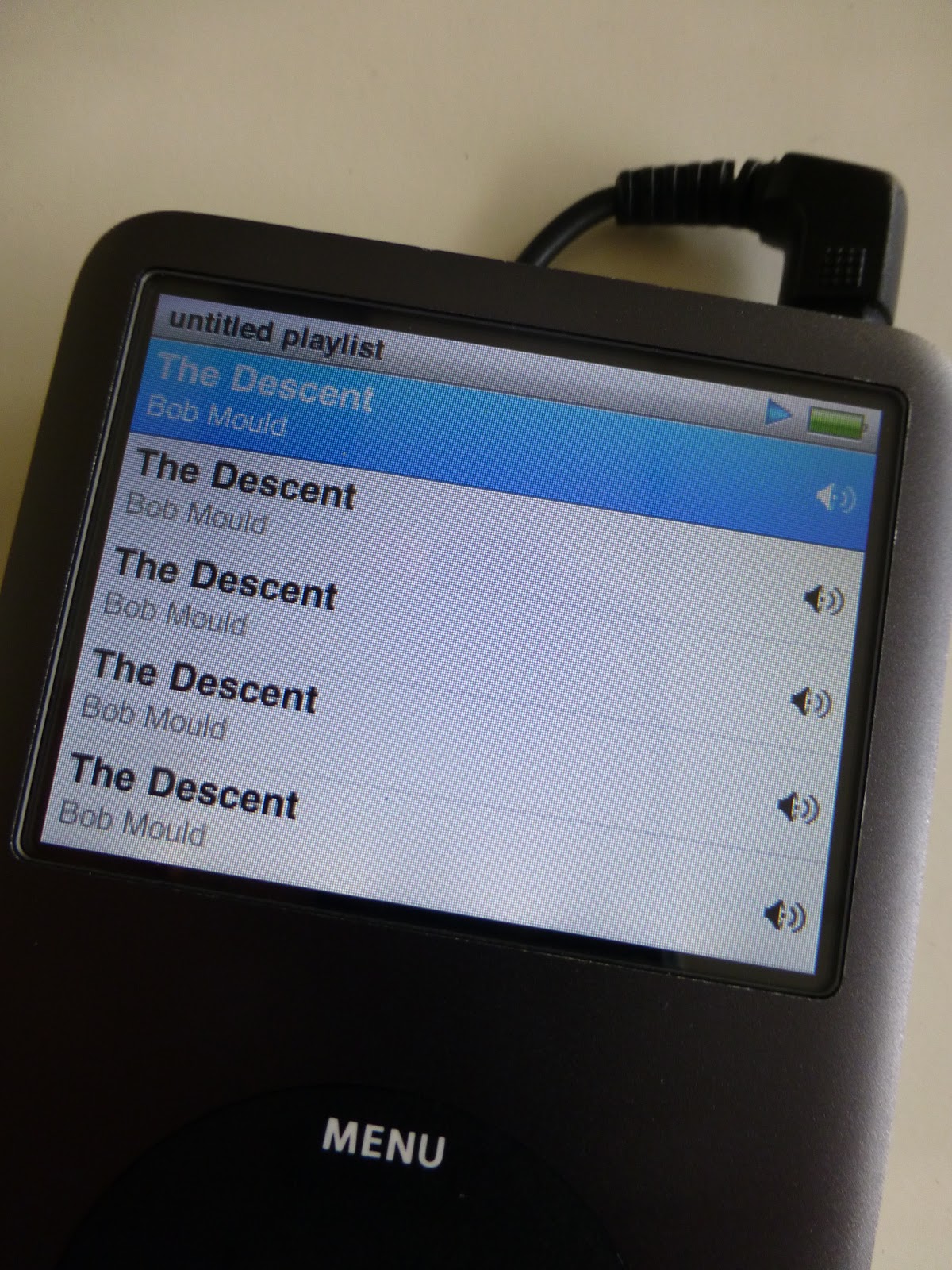 I. AM. NOT. KIDDING. As such, here's the singles list:

11. No Chance – Unsane
There is something comforting and familiar in the righteous, unrelenting anger of Unsane. I am under no illusions that this is mood music but listening to this makes me want to smash stuff and scream at the sky. It’s a slow, grinding pulse that drags you under the murky depths from which they arose – hey Unsane, don’t go changing, we love you just the way you are…

10. The Full Retard – El-P
I have to admit there has been little hip hop in my diet this year but one album I did really like was El-P’s Cure 4 Cancer. While there’s better songs on the record, I find this is the perfect single with it’s incredibly inappropriate Meet the Feebles-esque video (sorry my feminist friends) and irresistible hook. Political correctness be damned though, this is fucking great.

9. Demons – Sleigh Bells
I really enjoyed Reign of Terror but this is the song I came back to time and time again. At first, it seemed like a pretty standard reading of their rock n' cheerleader aesthetic but when the final threat in the last third of the songs appears, that's where it takes off and becomes real. As Alexis starts to sing in her little girl voice "And you will answer to no one else but me", it seems quaint but when the backing vocals kick in, the little girl has a baseball bat and is swinging it at your head.

8. Ekki Mukk – Sigur Ros
No miserablist's list is complete without a Sigur Ros song. This particularly song glides on a melody so slight it's barely there but it moves the way clouds do on a slow afternoon. In the right mood, it can lift you to ecstasy while in the blink of an eye, it can be devastating - all without a single comprehensible word of English...

7. Freedom at 21 – Jack White (could have been Sixteen Saltines - tough pick)
I always have trouble with songs that sound like they women-hating rants and this one walks a fine line but I think it’s ok because Jack White comes off as more than a chump than the victim of a feminist conspiracy. Great imagery (“cut off the balls of my feet/made me walk on salt” – ouch) and an insistent riff, Jack White is far from played out (I wasn’t a fan of that last Dead Weather record). Also, bonus Josh Homme cameo in the video clip.


6. Notes on achieving orbit – Future of the Left
I could have chosen any song off the excellent (and totally not Pitchfork approved) The Plot Against Common Sense but this track stands out as the perfect distillation of the Future of the Left aesthetic. Musically, the bastard child of the Jesus Lizard and Shellac (but beholden to neither) while Falco sings about the vacuity of popular culture in his off kilter, obscure way. Let’s face it, any song starts off with the lyrics “Where were you when Russell Brand discovered fire?” is going to be brilliant.

5. Laura – Bat for Lashes
This ballad of old timey drama and sorrow is simply iressiatable. While I can’t say I was entirely enamoured with the Haunted Man, this song is, indeed, haunted and exceptional in both its simplicity and emotion.

4. Hollywood Forever Cemetery Sings – Father John Misty
While I’m not a Fleet Foxes fan (or even particularly fond of the whole animal band phenomenon), this song is immaculate in every way. It just rolls on a resigned emotion that gnaws its way into your synapses and all year I’ve been unable to shake its grip. Somehow it’s one fo the few songs that seems to sound better the more I listen to it and even though I didn’t like the entire album, I bought it on vinyl for this one song (a pretty expensive single – I know, I know). It also helps that the video features a batshit insane Aubrey Plaza who is acting in a way which somehow correlates with my current internal turmoil – it’s just less less sexy when it’s some old dude acting weird so I keep all that craziness locked deep inside.


3. King Fish – Sun Kil Moon
One day, Mark Kozelek will decide to kick out the jams and release an album of Crazy Horse-esque rockers. That will be a great day but until that happens, we will have to rely on his occasional detours into Neil Young territory. Like the long lost ghost of Cortez the Killer, King Fish tells the story of devotion through loss with no sense of redemption or consolation. While everything moves at a languid Kozelek pace, that guitar solo has a sting to it and if the line “And say that I love you/before your body turns cold,” doesn’t get you, you’ve never been in love.

2. R U Mine? – Arctic Monkeys
After years of trying to find their way from their signature sound through flirtations with desert stoner rock, the Arctic Monkeys finally got the balance right to create this gem for Record Store Day. Basically making the best Queens of the Stone Age song since Songs for the Deaf, they embrace everything that makes Queens great: high drama, high stakes, monster riffage, falsetto and sexy come-ons. I’m sure when Josh Homme heard this, he thought to himself “You learn well young padwan.”