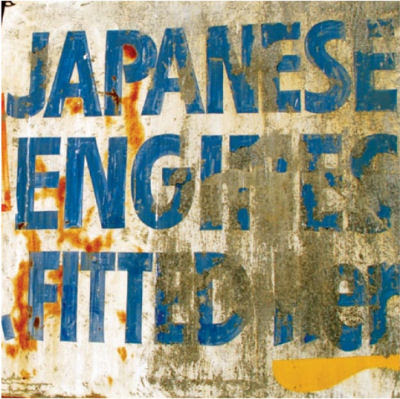 You'll have to indulge me for a second here. In 1998, I went to see Hunters and Collectors on their 'farewell' tour at the Revesby Workers Club in Sydney. This was ironic for two reasons: 1. H&C seem to reform whenever their is money offered so the 'farewell' part of the tour seemed a bit of a joke, and; 2. in my mind I imagined a workers club to be a run down, stinking old pub filled with blue collar men drinking beers. It was an actually a gigantic Las Vegas style establishment with flashing lights and a million pokies - not very working class at all. On that fateful night, the Fauves played support to a largely disinterested crowd - imagine a big room of about a thousand people with 100 of them in front of the stage enjoying the band, a huge gap and then the other 900 storming the bar at the back of the room.

Despite this, the Fauves played one of the best sets I've seen by them (they blew the well oiled but lifeless Hunters off the stage). I have a vivid memory of lead singer Andrew Cox who is good with a quip and the occasional onstage rant, break down one of the songs to implore the crowd to "think of the Revesby workers" and then rattle off a hilarious rant about Marxism and the working class before launching into a chorus of John Farnham's You're the voice. It largely went over the (very non-working class) crowd's head but thinking back on it now while listening to Japanese Engines it occurred to me that the Fauves are the Revesby workers of the world. They play on, plugging away with their own brand of indie rock (often thanklessly) but with the necessity of men who know that the job must be done. The Fauves are the working class of Australian music.

Now I say that not as an insult or to be funny. The Fauves had fleeting mainstream success in the 90's but have released quality records for the last twenty years regardless of how many they sold. The thing about the Fauves is that while their songs are filled with self-depreciating humour and irony, they never stray over the line where the punch line is more important than the song. At their heart, the songs are explorations of small moments and things that make up everyday life that are always relatable. For example, first single You're my type explores looking for love later in life:

But you're my type (yeah) apart for several minor things which I can forgive
You score six out of ten, the highest possible score for a human

The Fauves humour is steeped in that honesty that all know will get us into trouble if we vocalise it but on Japanese Engines, there is less joking around and more resignation. There seems to be a lot of heartbreak and loss on this record. Opener Don't Say When is an impassioned plea not to break up after things start to head south in a relationship. Darker tracks like Write Yourself Off Today speaks of modern dissatisfaction and life on the road with the choruses plea "Write yourself off today but leave a little bit for me." That's not to say the old sly Fauves aren't here as 3 Minute Mile is the essentially Loneliness of the Long Distance Runner recast as a suburban jogger's dilemma to continue despite the fruitlessness of the sport.

Musically, the Fauves live in the same world as the Lemonheads - country tinged, indie pop. It's a sound that is largely unchanged for the last twenty years but the music is perfect in its own way. The Fauves know that this release will not be huge as even their website says "the band has an extensive 2 date tour booked to promote the new release." It's a shame that this record might not make a wider impact than the Fauves core fan base because it is an excellent record. If you've never heard the Fauves, you'll get a taste of them on their website (be sure to readthe news section featuring a hilarious press release announcing the album's release).

Email ThisBlogThis!Share to TwitterShare to FacebookShare to Pinterest
Labels: The Fauves