The Church of Rock 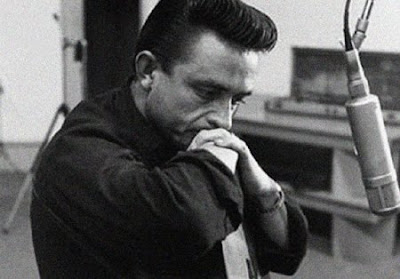 Matt raised a good point the other day that as disciples of the Church of Rock, our heroes are often flawed individuals who have committed some reprehensible acts. My heroes (male and female) are a collection of swindlers, adulterers, sex addicts, drug abusers and pirates but I love them all. I think this is because the rock game is an unforgiving mistress and sometimes you have to be an arsehole to succeed.

I guess that is the redemptive power of rock n’ roll because we can overlook things that if they happened in our everyday life would be unforgivable. If you’re like me, music has given more solace and support through the years than any religion could but the people have been my saints, spirit guides and saviours are often not very nice.

For example, if you’ve seen that Johnny Cash film, that was a pretty polite version of his early years (he seems far worse in his autobiography) and he was a bit of prick really. Even Dave Grohl (the nicest man in rock apparently) admits in the Back and Forth documentary that he didn’t handle the evolution of the band too well and his treatment of the original drummer and second guitar player is pretty bad (not Dave!). His decision to re-record the drums on the second album without telling the actual drummer was a pretty low move but then I think it would be hard to be a drummer in Dave Grohl’s band period. Even Saint Joe Strummer’s personal life was a little unsavoury.

On this, I highly recommend the book Our Band Could Be Your Life. It tells the story of the American underground music scene in the 80’s and has great accounts of Black Flag, Hüsker Dü, the Butthole Surfers (a must read), Minutemen etc… It charts the evolution of these bands from their highs (often drug induced) to their nefarious lows and not everyone comes off looking so great. Sonic Youth come across as exploitative mercenaries who appropriated and rode on the backs of better bands. Bob Mould’s part in the dissolution of Hüsker Dü makes him sound like a power hungry egomaniac and the chapter on Dinosaur Jr is an abject lesson on how band dynamics can drag you to hell. That being said, I can forgive all these and admire these people because of the impact their art has had on my life (except for Sonic Youth because they suck).

So when we kneel at the altar of rock, our saints are often miscreants with questionable morals and more shades of grey that a big shady grey thing. However, as Matt pointed out, it doesn’t matter. Our saviours may be flawed but they seem ultimately better role models than any real saint even if they’re only teaching you about three chords, a broken heart and how to take cocaine anally. What? Too far?

Email ThisBlogThis!Share to TwitterShare to FacebookShare to Pinterest
Labels: Sainthood