The kids are alright... (or the dude got old) 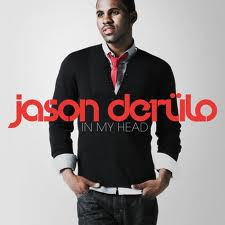 I'm not around kids very often but for the public holiday I'm staying at my folk's place in Queensland and have spent the last twenty four hours with my niece (7) and nephew (5). My niece is particularly enamoured with music and trying to explain how a vinyl record works to a kid who doesn't really understand how a cd works, let alone a cassette, is a fun challenge.

She has a playlist on my brother's computer which ranges from Katy Perry to Justin Beiber to Usher - a pretty broad range there but it has a few surprises. When I first started listening to music as a kid, it was mainly inspired by soundtracks to movies (in fact, the first cassette I bought with my pocket money was the Beverly Hills Cop soundtrack) and it seems this trend continues on through my niece. I was surprised to find Staying Alive and a track by Jonsi in her playlist but they both appear by virtue of being in the soundtracks to Madagascar and How to Train Your Dragon. We can only hope that some kiddie movie soundtrack in the future features Fugazi to expand the kid's minds (although Ian MacKaye is already a step ahead of me on this).

Apart from that, she has a number of songs from the 80's which seem largely influenced by my brother's penchant for new romantic kitsch. However, I think I must be getting old. We took a trip to the beach and on the way we listened to Hot 91.1, the Sunshine Coast's non-stop schlock hottest hits of now, tomorrow and forever. As we journeyed down the highway, we were hit by such musical geniuses as Jason Derulo, Chris Brown and a bunch of shit I can't remember but the kids were singing along to. I know there is always a lurid element to pop music but it just seems that much more explicit these days while being unrelentingly catchy (I also noticed that everyone says their names at the beginning of the song which I guess is to distinguish themselves because they are all cut from the same shitty template - mild hip hop mixed with cheesy Euro beats).

Am I being an overprotective uncle or is popular music pushing boundaries of what is reasonable? I don't really listen to the radio much (well, ever, I don't even own one) but sometimes hearing and seeing this stuff in the company of children really reminds you of how adult some of the content is. Sure I grew up with innuendo I didn't really understand (hello AC/DC), but today it doesn't even feel like innuendo, it's just quite blatant. I don't think you can protect children from this but seriously... aww dagnamit, my hearing aid has fallen out again. Mavis, can you passing me my walking frame? Dude got old...

Email ThisBlogThis!Share to TwitterShare to FacebookShare to Pinterest
Labels: getting old