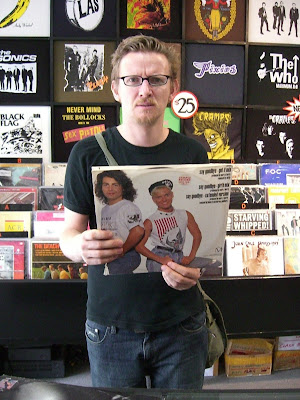 (That's me in Egg Records a while back - before I got fat. I am holding an Indecent Obsession record from the $1 bin).

These days if you have a computer you can pretty much find any music you want and get it instantaneously. While this is very handy when you get a hankering for a particular album late at night (for example, I really needed to hear LL Cool J's Walking with a Panther and within in minutes it was blasting out of my stereo), I still prefer to have the physical object particularly on vinyl if it's available (yes, I am one of those nerds). Growing up, the thrill of the music was accompanied by closely studying the artwork and liner notes of your latest purchase to look for the hidden messages and revel in its beauty or ugliness. I still love to do this as an adult.

Second hand vinyl shopping was destroyed in Australia by the advent of ebay. You used to be able to pick up good bargains in thrift stores and garage sales and second hand record stores were bountiful. However, everyone got savvy to this intranets thing and the general feeling amongst my vinyl nerd friends is that a lot of good records went offshore. Plus with iTunes at your disposal, why would you go out and buy a record?

As such, one of the few places you're guaranteed of picking up good records in Australia is your local independent record store which seem to be decreasing day by day. Fighting falling cd sales, big corporations and downloading, most of the independent record stores soldier on through love rather than profits and provide a valuable community service that Amazon or Ebay cannot replace. There's nothing like browsing through racks of vinyl, talking shit with the guy behind the counter about some obscure record or just soaking up the ambiance that is record nerdom. My local record store is Egg Records, a place where I've spent many hours hanging out with my buddy Steve who works there and spending way too much money on records.

This Saturday is Record Store Day where stores around the world will be selling exclusive items from supportive musicians and generally celebrating the existence of these magical places. I'm definitely onboard with this initiative and would say if you have a local independent record store, go and buy something this weekend - even if it is one of the bazillion $2 copies of Hole's Live Through This you see everywhere.

To celebrate the day, I'd like to share a few of my favourite vinyl purchases which I've bought browsing through record stores. Apart from the music, these are the reasons these records hold a special place in my heart. 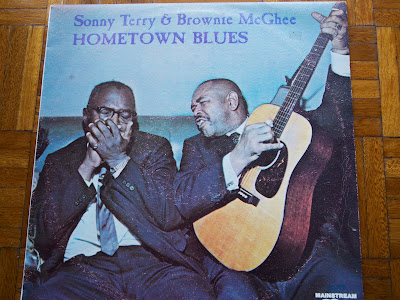 I own a bunch of Sonny Terry and Brownie McGhee records which I generally play on a Sunday morning while I'm reading the newspapers. The sound is mainly folk blues based around acoustic guitar and harmonica. The weird thing is I don't think that I'll ever buy a cd of this music, I will only listen to this on vinyl because to hear it any other way feels wrong. This music needs its cracks and pops. 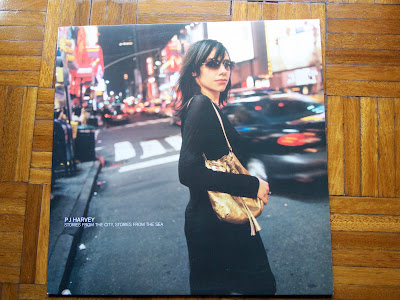 Being a big PJ Harvey fan, I have always loved the cover of Stories From The City, Stories From The Sea. There is something amazing about it which I can't put my finger on. I think it's her look combined with the colour and movement in the background that I love. Obviously, having it on vinyl just makes it that much bigger and more beautiful. 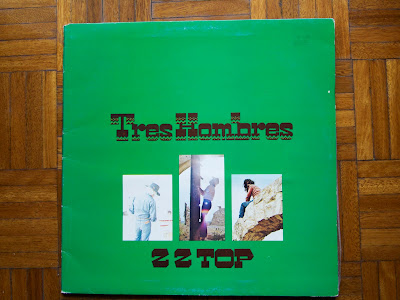 I love to cook to Tres Hombres which is just as well because check out the centrefold: 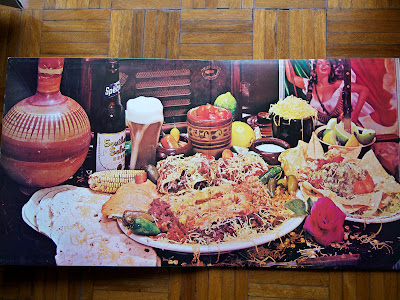 Lord knows what that Tex Mex concoction from 1973 is but I'm surprised there isn't grease stains on the record from that picture. Looking at it, I'm sure Billy Gibbons is still digesting that meal 37 years later. 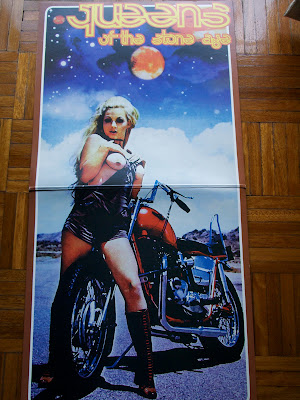 While I know the first Queens of the Stone Age record has been re-released with the cd cover on it, the original pressing looked like this. Now, my lefty politics thinks that this is a terribly sexist piece of shit cover. However, I think there is something perfect about a big rock record that has a half naked women on a motorcycle on the cover - it just speaks to the incredibly male-centric juvenile nature of the genre in some poetic way. Oh boys, you're so sophisticated... 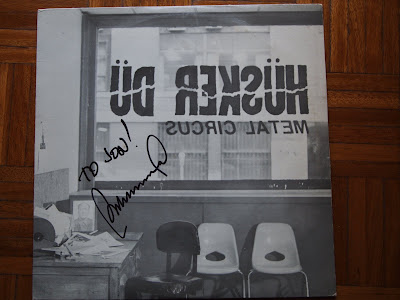 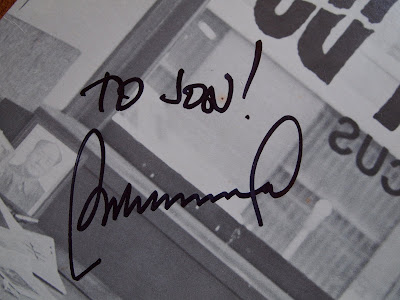 Did I mention I met Bob Mould?