I spent the last week with my Mum and strangely she had decided to hold onto a bunch of my band shirts from the 90's. I pretty much wore band shirts from the age of 16 until, well now, but in the 90's I didn't really have any other type of shirt (which seems a bit tragic in retrospect). Filled with holes and faded, it's weird to put them on now because even though I was an extraordinarily skinny guy for my most of my teens and twenties, they're all way too big and I favoured large and extra large for some reason which is a mystery to me now. Anyhow, here's some sentimental highlights from a much grungier time. 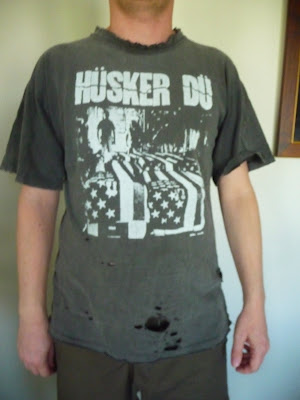 Land Speed Record Hüsker Dü bootleg shirt (circa 1992): I picked this up at the Valley markets in Brisbane and wore it to death. I actually went back to the market a few years later trying to find the guy who made them to get another. He was this washed out stoner-punk who said "oh yeah, I still have that screen at home. I'll print you one up." He never did. 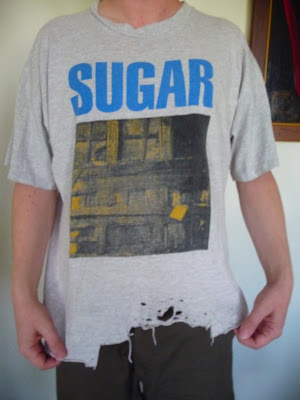 Copper Blue Sugar shirt (circa 1993): My folks bought me this when they were visiting the UK and I loved that album so much I wore it until it literally started to disintegrate around my body. However, I'm still tempted to wear it now. 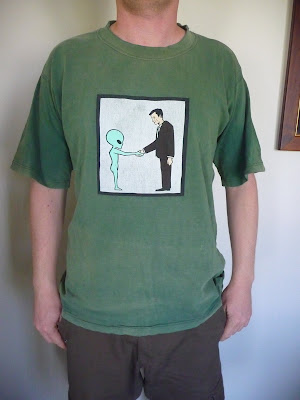 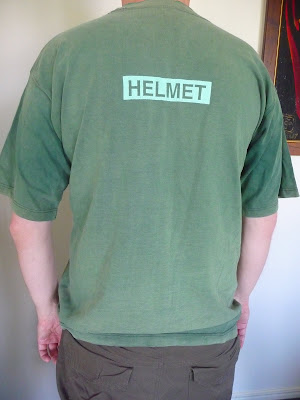 Betty era Helmet shirt (1994): I saw Helmet the day before my 21st birthday after taking a road trip from Townsville to Brisbane for the Livid festival. They were pretty punishing in the summer heat but I still have a recording of that gig which sounds great. I guess the design was a play on the whole X-Files thing which was huge at the time and I remember getting asked about that shirt a lot. 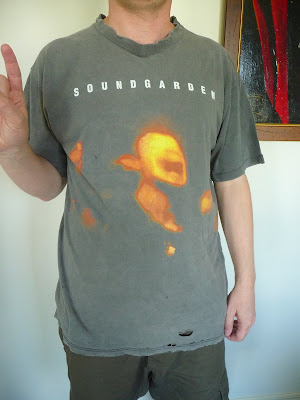 Superunknown Soundgarden shirt (1994): I saw Soundgarden at the Big Day Out that year and I left half way through because I was so tired. Little did I know that Superunknown (which hadn't been released at the point I saw them) would be my favourite album for the next couple of years. I must have bought it some time that year but can't remember where. 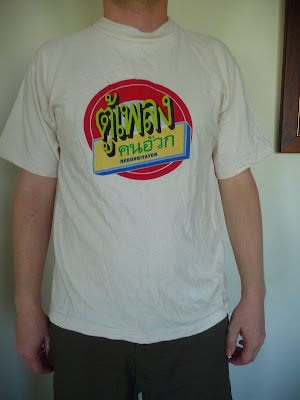 tu-plang Regurgitator shirt (1996): I was a big fan of Regurgitator and must have seen them about twenty times. I got this shirt free when I bought their first album. It is in perfect condition because I didn't like wearing white in the 90's.

However, regardless of which band it was, most of the shirts (except the white one's) ended up looking like this: 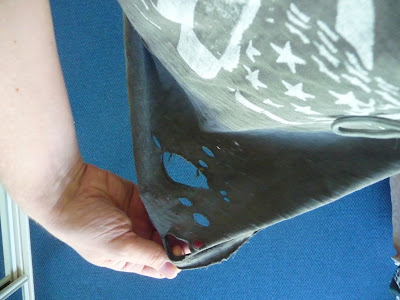